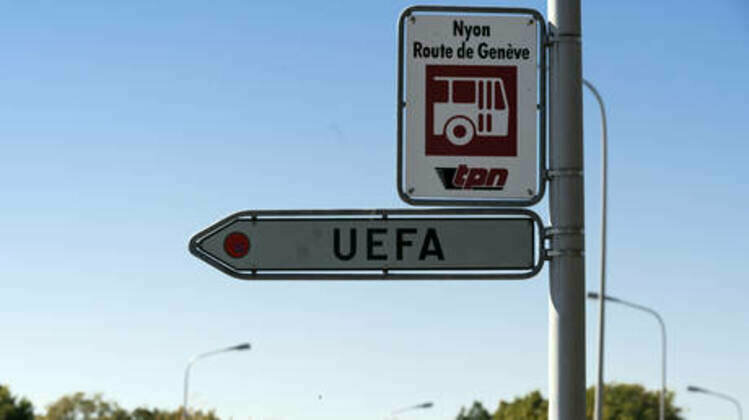 Russia will not be included in next month's Euro 2024 qualifying draw, it has been confirmed

The Russian men's national team will not be present in the qualifying draw for the 2024 European Championships in Germany, it has been confirmed following a meeting of the UEFA Executive Committee in Hvar, Croatia on Tuesday.

It had been suggested that both Russia and Belarus would be expelled from the forthcoming qualification campaign for the event due to take place in a little under two years' time, amid the wave of sporting sanctions placed upon both countries in the wake of Russia's military action in Ukraine.

Despite confirming that Russia would be banned from qualifying, European football's governing body has seen fit to include Belarus despite a reported plea from German Interior Minister Nancy Faeser.

UEFA announced that Belarus will be kept separate from Ukraine in the qualifying draw for the tournament.

It also confirmed that Azerbaijan and Armenia would not be drawn in the same qualification group, along with Gibraltar and Spain, Kosovo and Bosnia & Herzegovina, and Kosovo and Serbia, who will all be kept apart.

"All Russian teams are currently suspended following the decision of the UEFA Executive Committee of 28 February 2022 which has further been confirmed by the Court of Arbitration for Sport on 15 July 2022," read a report on the official UEFA website.

"Russia is therefore not included in the UEFA European Football Championship 2022-24 qualifying draw."

The Court of Arbitration for Sport (CAS) has rejected Russian appeals about their bans by both FIFA and UEFA following the events in Ukraine this year.

UEFA has allowed Belarus to continue to compete in its competitions, although teams from the country must play their 'home' matches at neutral venues.

Germany will qualify for the tournament automatically as host nation, while 23 other spots will be available.

As a result of Russia's exclusion, the 53 nations attempting to qualify for Euro 2024 will be split into seven groups of five teams and three groups of six teams.

Ten group winners and 10 runners-up will qualify for the tournament, with three further places available via playoffs.

The draw for qualifying will take place in Frankfurt on October 9, with matches set to begin in March 2023.