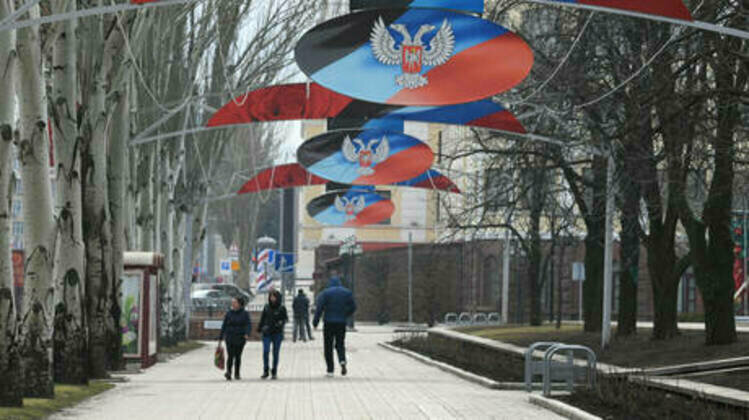 AfD lawmakers from a German state are headed on a "harmless" trip, to the fury Ukraine's ex-ambassador

Several state lawmakers belonging to Germany's AfD party intend to visit Donbass in the coming days, one of them confirmed on Twitter on Monday, but called "fake news" the insinuations by a US-based think tank and Ukraine's former ambassador to Berlin that they are agents of Russian propaganda.

"AfD MPs visit Moscow-occupied eastern Ukraine next week to support [Russia's] war of extermination. This is a criminal offense (incitement to the crime of aggression)," Andrei Melnyk had tweeted on Sunday, calling on Germany's Federal Office for the Protection of the Constitution (BfV, also known as Verfassungsschutz), to do something about it.

Melnyk linked to a report by the Robert Lansing Institute for Global Threats and Democracies Studies, a shadowy outfit based in the US, which claimed that "the Kremlin has urged its spies in Western Europe to carry out information and psychological ops" using the AfD lawmakers.

Hans-Thomas Tillschneider, deputy head of the AfD group in the Saxony-Anhalt legislature, responded to Melnyk on Monday by calling him an "amateur lawyer, Bandera fan and ex-ambassador" who is "spreading fake news."

"In view of the distorted and partisan reporting on the Ukraine conflict, we want to get our own picture of the situation and assess the humanitarian situation," Tillschneider added. His colleague Daniel Wald said he would be part of a "harmless delegation trip to Russia and eastern Ukraine."

The exchange drew the attention of the German media, which previously did not mention the trip, announced by AfD last week. According to the announcement, a total of six AfD state parliamentarians, three from Saxony-Anhalt and three from North Rhine-Westphalia, are supposed to visit Donbass between September 20-28.

German media coverage took their cues from the Lansing Institute report, which claimed that AfD "coordinates" activities with Russian intelligence, and that the visit will "promote Russian reading of the situation in the Donbas, with Ukrainian army discredited, and Russia's humanitarian efforts highlighted."

Contacted by the Tagesspiegel, the foreign ministry in Berlin said it had no information about the trip.

The Lansing Institute is named after President Woodrow Wilson's secretary of state at the time of the First World War, and is incorporated in President Joe Biden's home state of Delaware. It does not disclose its funding sources or management, and the report about the AfD visit was not signed. The institute's director general is one Armand Chouet, a "former DRM imagery analyst, Paris-based analyst in the field of North Africa region."