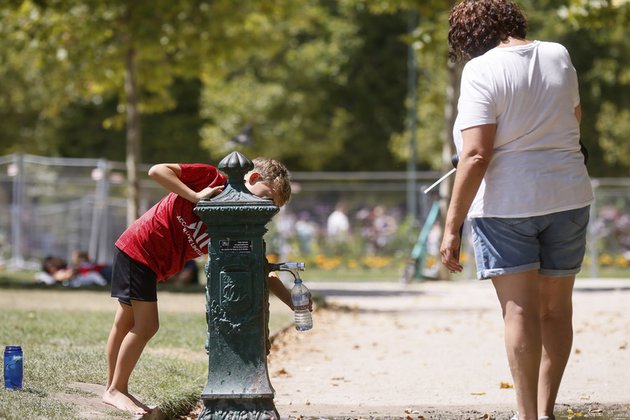 Europe is suffering a historic drought and July was one of the warmest on record, according to the UN

As nearly 60% of Europe experiences a historic drought, more than 100 French municipalities are still without access to drinking water, according to French Ecological Transition Minister Christophe Bechu.

"There is nothing left in the pipes," Bechu was quoted as saying by EuroNews during a visit to the town of Roumoules late last week, adding that over 100 municipalities in France can now only rely on supplies that are being delivered by trucks.

The drought has been exacerbated by a devastating heatwave that has seen temperatures in some parts of the country soar up to 40 degrees Celsius, causing wildfires, evacuations and heat-related deaths.

French Prime Minister Elisabeth Borne has said the drought is "the worst ever recorded" in the country's history and claims it has also had a severe impact on the economy as it has devastated French farmers, whose crops have withered under the heat.

Some farmers say they have seen a drop in production, especially in products like soy, sunflower and corn.

Borne has set up an "inter-ministerial crisis unit" to address the situation and has called on the French to be "very vigilant about the use of our water resources." Most of France's 96 departments are currently at one of the top three levels of warning for drought, with 66 being at the highest, "crisis" warning level which allows water to be used only for things like health, civil security, drinking and sanitation uses.

The "crisis" level means it is prohibited to water gardens, golf courses, private crops, to fill up pools, wash cars or operate water parks. The measure can also extend to limiting water usage to people, livestock and to keep aquatic species alive.

A report from the European Commission published in late July suggested that nearly half of the EU was exposed to warning levels of drought while 11% of the bloc could face the higher "alert" level.

The Commission warned the severe droughts and heatwaves could see countries like France, Romania, Spain, Portugal and Italy see a drop in crop yields. Italian farmers have already said half of their crops could be devastated by the high temperatures and estimate that the damage they have already sustained could exceed €3 billion ($3.1 billion).