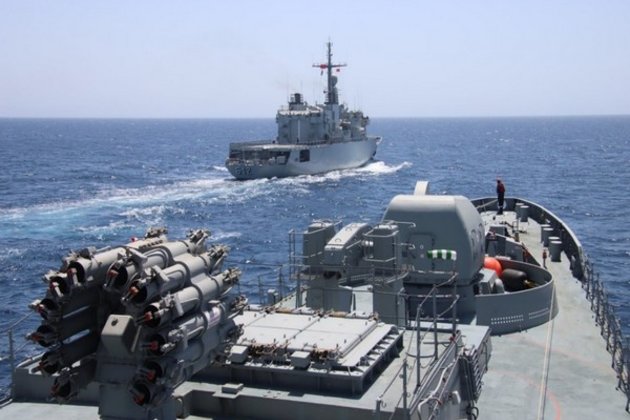 The successful conduct of these surface and aerial exercises symbolise the high degree of professionalism and interoperability that exists between the two navies. India and France are maritime nations with dynamic maritime economy sectors like marine technology and scientific research, fisheries, port and shipping, to name a few. Possessing vast exclusive economic zones, their fate is closely linked to the sea and the ocean.

Earlier on July 29, INS Tarkash completed her Mediterranean deployment and entered the Atlantic to continue with her long-range voyage.

According to the Indian Navy, the ship participated in a Maritime Partnership Exercise in the Atlantic with Royal Morocco Naval Ship Hassan 2, a Floreal Class Corvette on July 26.

Notably, INS Tarkash is on her passage to South America to visit Rio Di Janeiro, Brazil to hoist the National Flag on August 15, as part of Azadi Ka Amrit Mahotsav. (ANI)