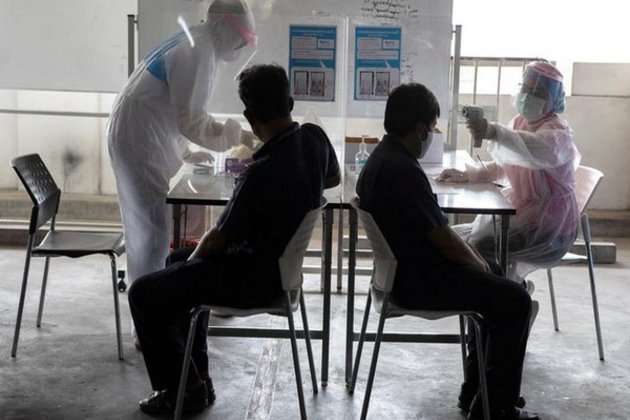 Kathmandu [Nepal], July 3 (ANI): As COVID-19 cases have been increasing in Nepal, a sub-variant of Omicron "BA.5" has been detected after a genetic test conducted at Dhulikhel Hospital in the country.

The hospital has confirmed the sub-variant.

"We have learnt that the BA.5 subvariant of the Omicron has been detected by Dhulikhel Hospital but have not been informed about it officially," Dr Sangita Kaushal Mishra said.

Recently, the COVID-19 cases in Nepal had increased. Till mid of June, the positivity rate of the Himalayan nation stood at 0.68 per cent while it has hopped to over 3 per cent within a fortnight.

On mid of June, the number of active cases in Nepal was recorded at 97 while it spiked by three times to 280 within 15 days' time duration.

COVID has been mutating or shape-shifting. Amongst the sub-variants of Omicron the latest ones experts are concerned about - BA.4 and BA.5 - are very closely related to the Omicron variant behind last winter's wave.

The new sub-variants were added to the World Health Organization's monitoring list in March and have also been designated as variants of concern in Europe.

As per the experts, these new sub-variants were spotted circulating in South Africa at the beginning of the year and now appear to be spreading much more quickly than other variants.

Most European countries now have them and they look set to overtake other types of Covid soon. That's already happened in Portugal - BA.5 is now dominant there.

In the US, officials say they are seeing rising numbers of infections caused by the two new sub-variants. Covid infections in the UK are also increasing, driven by BA.4 and BA.5. Australia has reported cases too.

Nepal has recorded a total of 53 new cases of coronavirus in the last 24 hours. Out of the confirmed cases, 39 were detected through the RT-PCR method and 14 through the Antigen method.