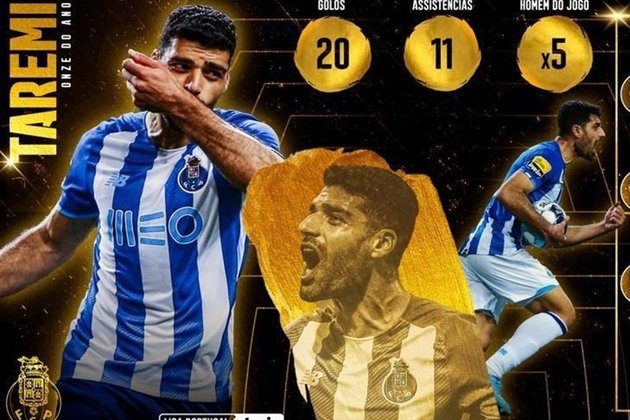 Mehdi Taremi in Liga Portugal 'Team of the Year'

TEHRAN (Tasnim) - Iranian international forward Mehdi Taremi made it to the Liga Portugal Team of the Year in the 2021-22 season.

He played a key role in the blue and white this season, which culminated in the title of the national championship, the conquest of the Portuguese Cup, and also ended up being one of the most voted player by coaches and captains to act in the competition.

Taremi played for 2613 minutes in the top flight team in which he scored 20 goals and 13 assists. He was also awarded the Man of the Match Liga Portugal award on five occasions.

Thus, the Portugal League Eleven of the Year is now decided: