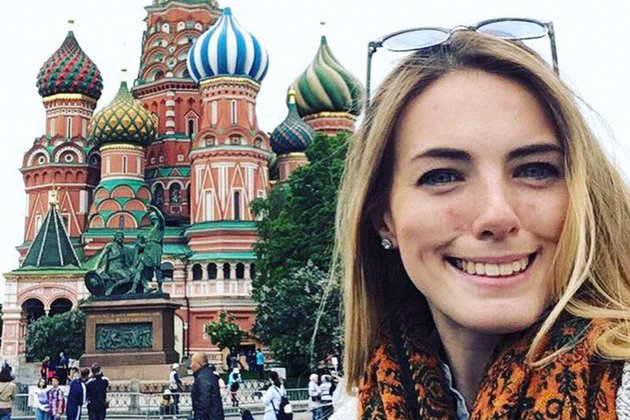 'How I ended up teaching English in Russia' - Erica from Canada

Erica Armstrong came to Russia to meet her love. Fate has since separated them, but she hopes to come back one day. 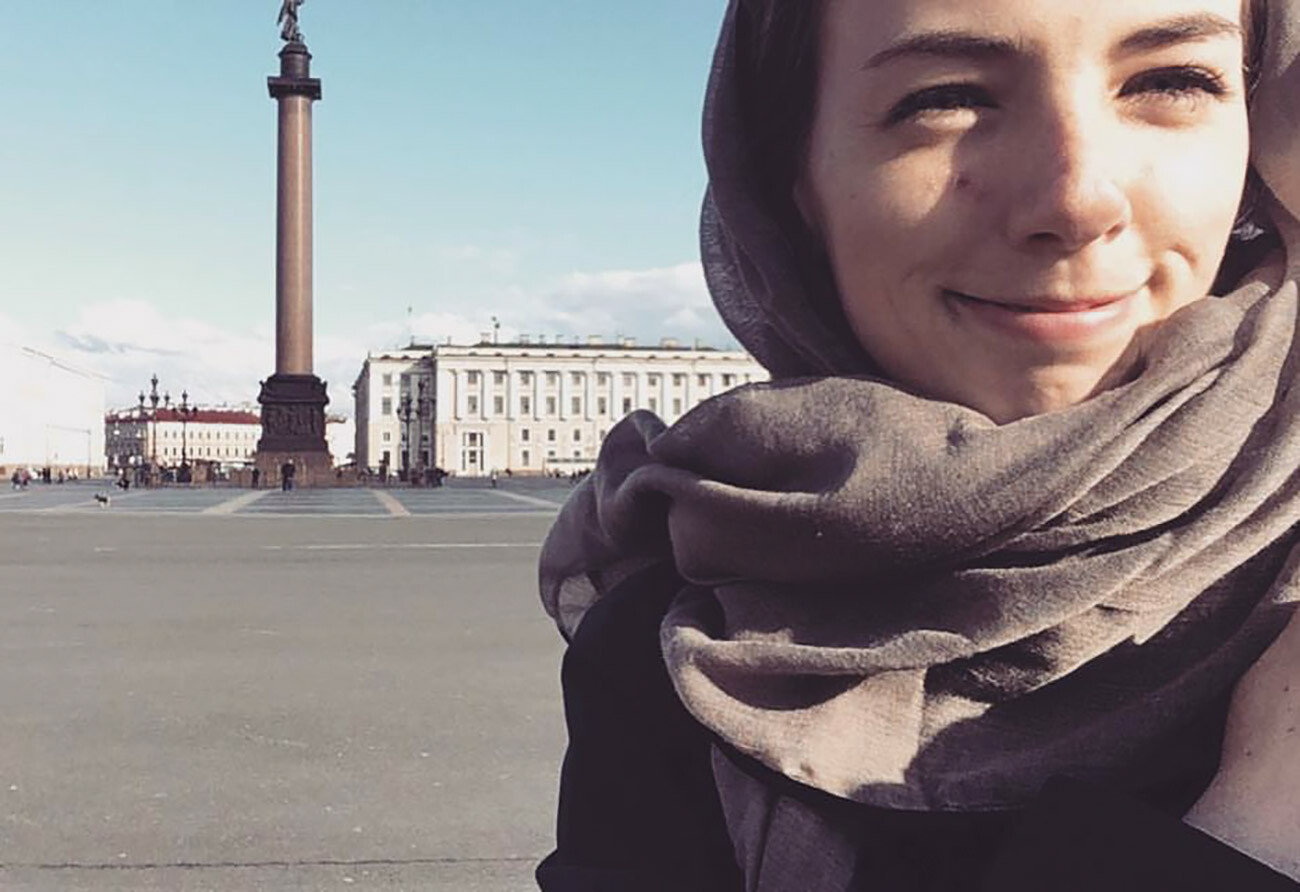 One of the easiest ways to get a long-term visa and live in Russia is teaching English there. More and more people are using this opportunity. Erica Armstrong had been learning Russian for many years and even taught English in Russia for three years. "I can say many things, good and bad, but, ultimately, it is an experience that I look back on fondly," she says.

Being originally from a small rural village called Chester in the province of Nova Scotia, Erica started learning Russian in university, because she read Mikhail Bulgakov in high school. (The only other Russian thing she knew was Laika - the famous dog cosmonaut). 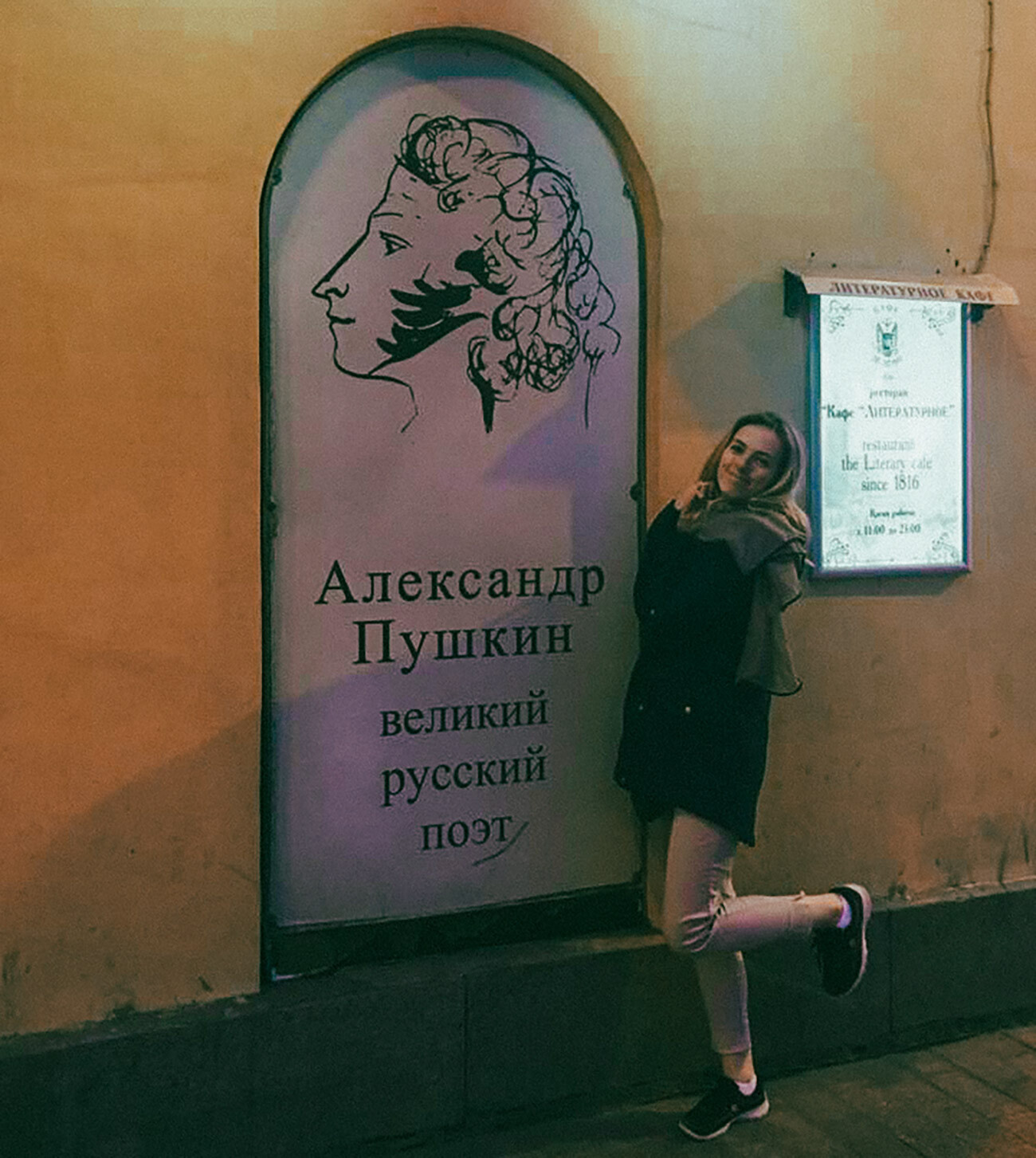 The reason why Erica ended up teaching in Russia is a bit of a romantic story, actually. She decided to go to Russia for the first time, as it was part of her educational program and the exchange program between Dalhousie University and St. Petersburg University. She did the exchange through the liberal arts program. Erica's studies were Russian, literature and history. And, eventually... she met the love of her life in St. Petersburg.

"I had an idea that in Russia people acted more elitist than in Canada, but this was probably my opinion of Europe, in general. I didn't expect St. Petersburg to resemble Paris so much and I didn't expect Moscow to resemble Toronto so much," Erica recalls. 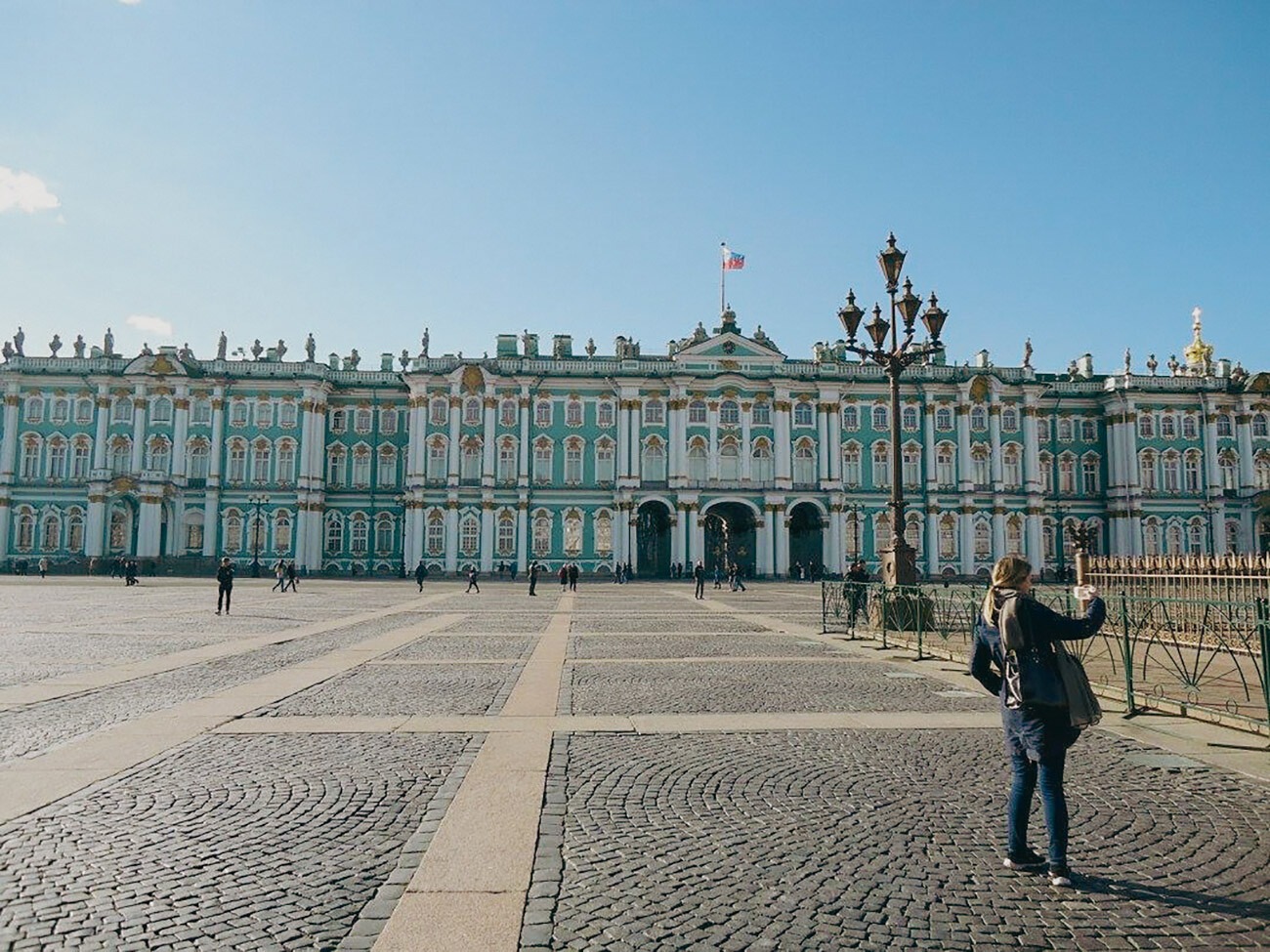 Sadly, Russia and Canada have had some political problems since 2014. It was such a hassle for Erica to visit Russia or at the least correspond. "The most difficult were sanctions against postal delivery; and to come to Russia on a tourist visa (maximum 30 days) required some intensive paperwork and hundreds of dollars in bureaucratic fees," Erica says. Moreover, she was a full-time Bachelor of Science student at the time. Despite these facts, she tried to find the best way to spend time with her boyfriend. And despite these problems, she used every opportunity to go to St. Petersburg.

While Erica was studying in Canada, she wanted to find a more sustainable way to live with her partner (due to some legal reasons, he couldn't leave Russia). For that, Erica enrolled at ITA, an American college to study teaching English as a foreign language. She studied there during her final year as an undergraduate (yes, university and college at the same time!). Thus, Erica decided: "I knew once I graduated, I wanted to find myself a position in Russia."

Finding a job in Russia was not the easiest. There are some major companies, but many of them don't provide the visa support to actually live there. So, Erica decided to go with a pretty reputable company, one which advertised many promises, but, at least, paid a reasonable salary (it was still a modest wage by Canadian standards, but, in Russia, it was considered a good salary).

When Erica finally went to Moscow, many uncertainties and difficulties still remained, particularly with renting an apartment and paying for it. It's a good thing that her partner was there to help her. "By the time everything was paid up, our small apartment was just like home. It was the happiest time of my life," Erica remembers. 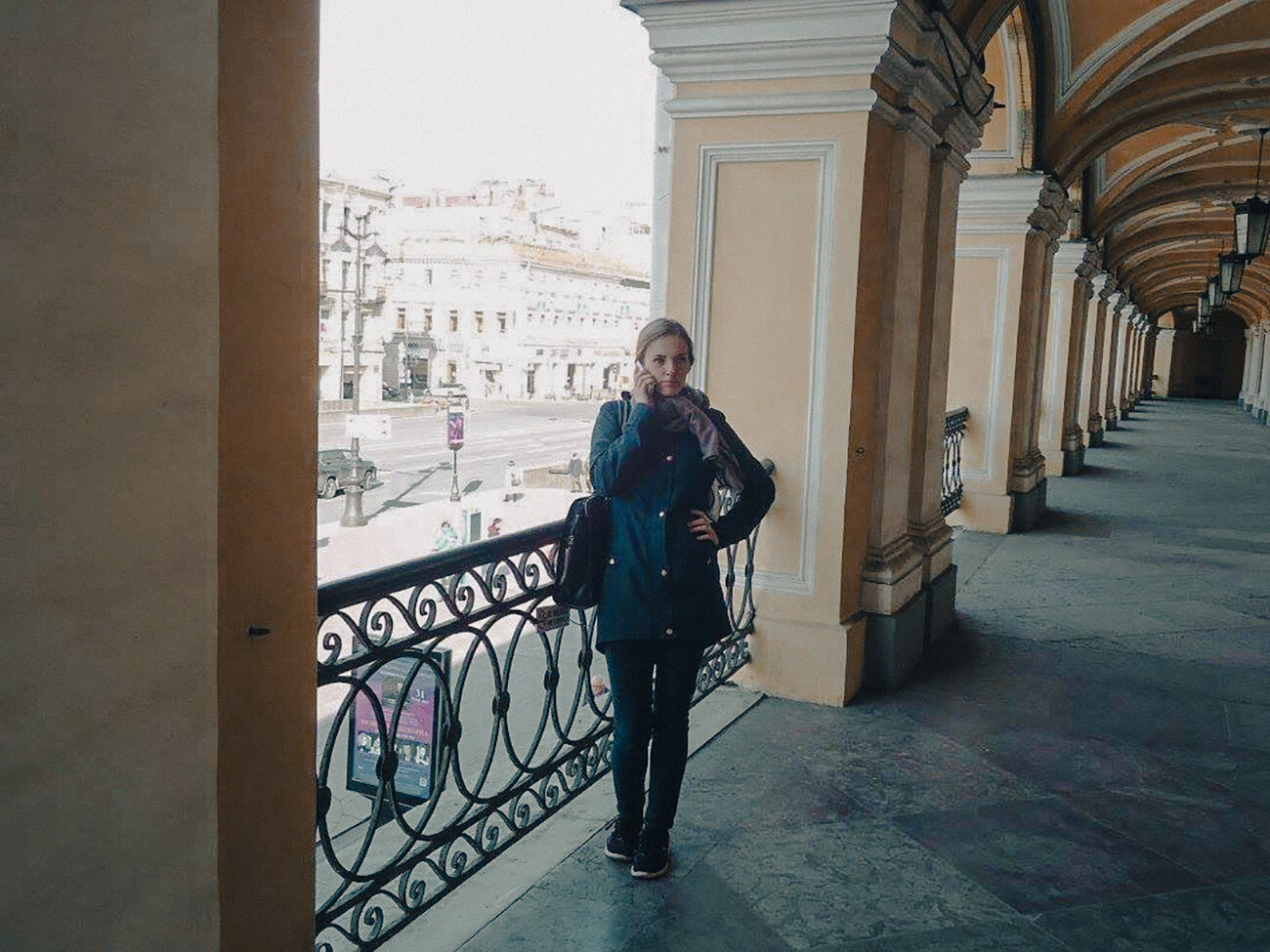 Erica already had a full schedule. She was teaching a summer program and, on the weekends, she was required to do training. So, she ended up being busy seven days a week, but thought it would finish by the end of summer. The students were wonderful, but Erica was the only native speaker in her school, so all the parents wanted their kids to have lessons with her. She taught kids ages five to 18, including some private students.

Though her partner also worked, they still didn't have much money, but they were happy. But this lifestyle led to never having time together. Even after Erica came home at around 10 pm, she would still have lots of paperwork to finish.

It's not such a great generalization and, of course, there was still some resentment towards foreigners from individuals, but, in general, the people who Erica met were accepting and open minded with her. She met people while going to cafes, parties and other social gatherings. Actually, Erica only ever needed to meet one person, but they would introduce her to the next and the next. "So, all of the sudden, I was pretty immersed in the social circle. For this reason, while I studied and while I taught abroad, I didn't spend much time with other foreigners. Some of these Russian people became my best friends for the longest time of my life so far," Erica remembers. And, of course, that helped her learn Russian even better.

The differences between Canada and Russia 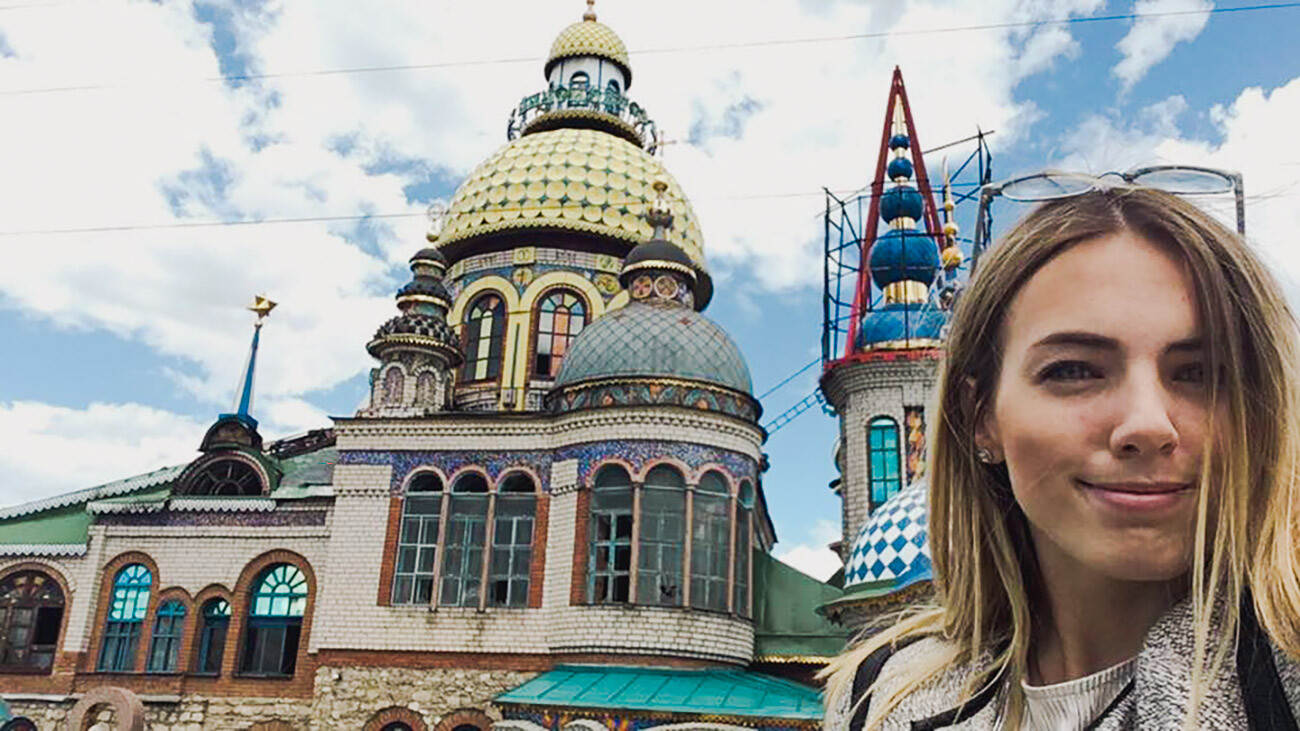 Firstly, Erica admits that she initially hated Moscow, partly because of bias, partly because she had been living in St. Petersburg before. "Moscow, at first, felt much more modern and less romantic than St. Petersburg and I think the transition from one city to the other can make you feel a certain longing," Erica adds. However, after a while, she realized that Moscow was actually a great city for living, quite a green one with a great transportation system and with supermarkets on every corner. In fact, it had everything that her home city in Canada did not.

Of course, Erica found some cultural differences between Canada and Russia. Russian schools still have a more traditional, formal approach to learning: standard dictations, copying from the notebook, writing and drilling the content. "In Canada, school is so casual. Some students wear pajamas and the courses can be a lot less academic. For example, in my school, there was also a car garage for students who wanted to learn trades like mechanics. There is a lot less memorization and probably a lot less standardized testing," Erica says.

In Russia, Erica was always receiving flowers or chocolates from her friends. Chivalry was something she hardly expected and was only something she read in fictional novels. The guys were always willing to walk to this place or that place, to carry her suitcase, to pay at the store. Erica doesn't suggest these are important things, but they are much different than in Canada and, for example, might even upset someone or make someone uncomfortable in Canada. There is also a stereotype that Russian people are unhappy, gloomy or too direct. This aspect of culture is different, as the perspective can be quickly switched after being a part of the culture. People are more honest with their emotions. Whereas, in Canada, the employee is forced to smile, the young girls are forced to smile, everyone is coerced into smiling. In Russia, you get a smile from someone if it is deserving. It is not that people don't smile, it is that someone doesn't owe it to you to fake an emotion. Being direct with language is also a tool, which, in Canada, is not valued. 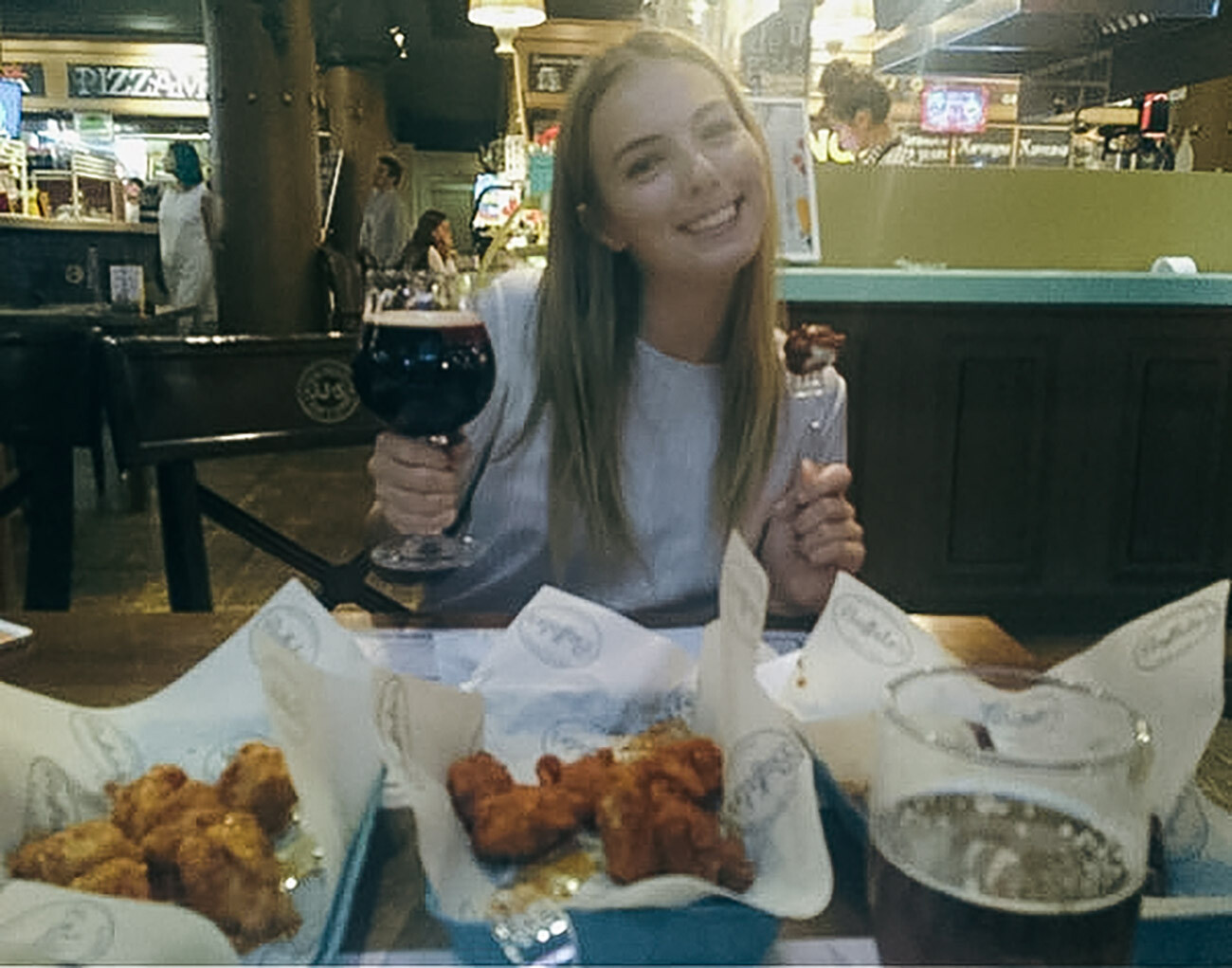 Erica's partner was a very giving person and even though he didn't earn as much money as she, he would always insist on looking after her. "If I wanted a latte or something, it would be a battle to try to pay for myself," Erica says.

His friends treated her with such respect, too. They took her to the museums and gave her flowers and walked with her to destinations just to be polite and "with zero bad intentions".

"If, in Canada, we are often more passive when communicating, in Russia, it is normal to be more active and again, it brings a better sense of sincerity and clarity. I think these are perhaps the most common cultural misunderstandings we have," Erica thinks. Suddenly, once you can overcome and break those cultural boxes you are set inside of, everything can become much more comfortable.

"I wish I could go back" 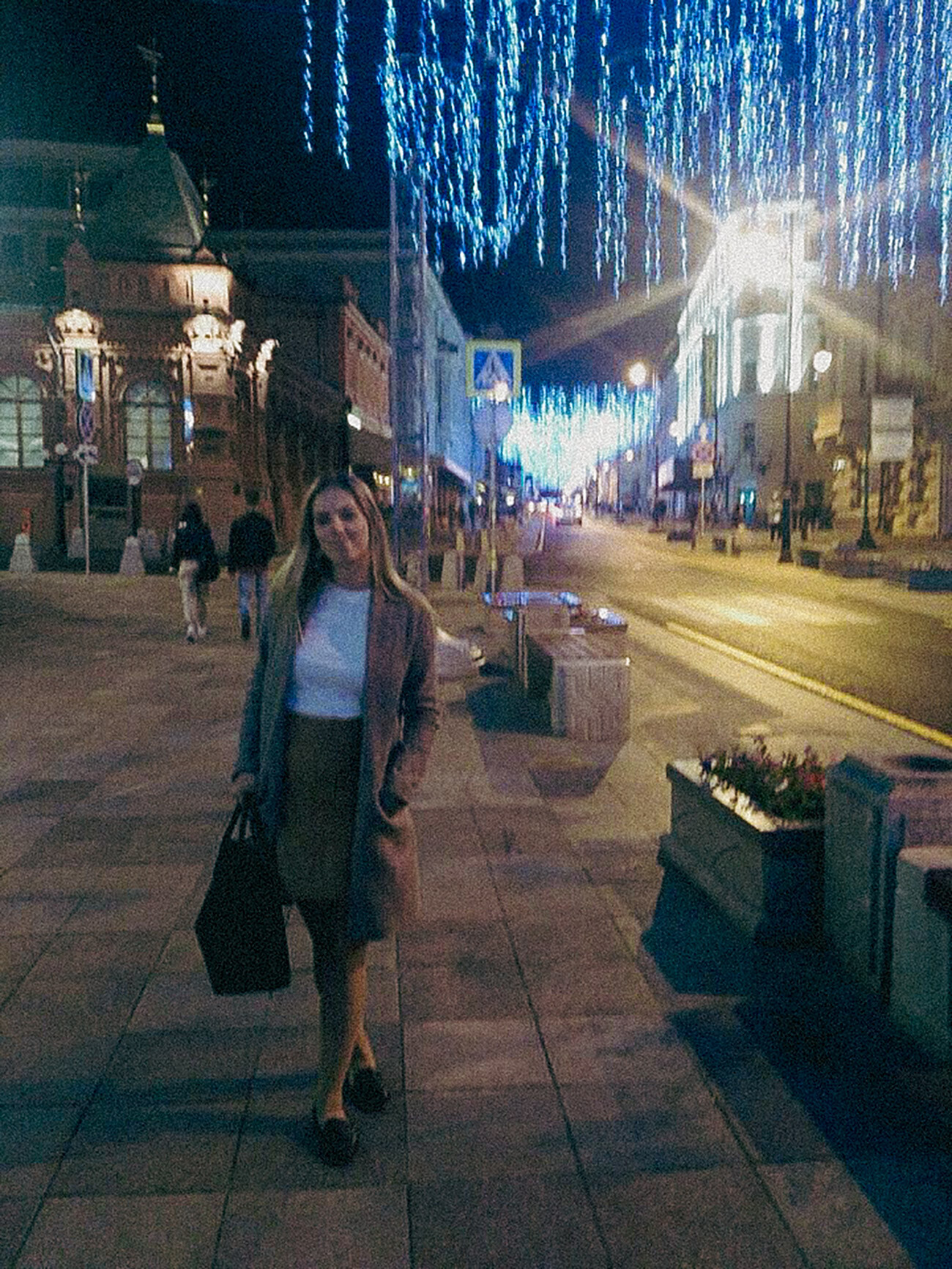 "I am getting flashback memories with all the wonderful people I met, the fun activities we did together, the parties, the children I taught, my colleagues, etc. and I wish I could go back. Once, I asked to terminate my contract, as I knew my visa was invalid and I had to leave the country immediately. Well, of course, I was the one to quit and I was the one to buy the plane ticket, but only because I knew legally I could be in trouble if I didn't leave."

"To be honest, when I first moved to Russia for studies, I was quite depressed," Erica confesses. "Maybe I wouldn't have survived if it wasn't for the amazing people that I met. And that is the reason I kept coming back: the people."

Our website and social media accounts are under threat of being restricted or banned, due to the current circumstances. So, to keep up with our latest content, simply do the following: