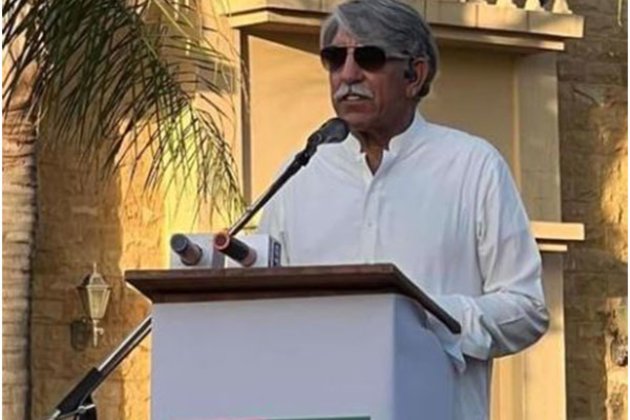 A ceremony was held for Shabbir Awan, a by-election PTI contestant from PP-7 (Rawalpindi), by the former director-general in Kahota area Sunday, The News International reported.

The media reports claimed that Islam expressed his support for the PTI and promised to run his election campaign.

Several reports claimed that the retired Lt Gen Zaheerul Islam has entered the political sphere and joined a political party but he has not yet commented on these reports, the Dawn newspaper reported.

A picture of Gen Islam was shared by journalist Saleem Safi on his Twitter account where Islam could be seen delivering a speech at a political event while standing at a podium emblazoned with PTI's flag.

The information secretary of the party Fawad Chaudhry has dismissed the reports of the former ISI DG joining the political sphere.

Chaudhry stated that the former ISI Director-General participated in the event to support a candidate of the party, who is also a relative of the retired general, for the upcoming Punjab Assembly by-polls.

There was no truth to rumours that Gen Islam had joined the PTI, he was merely expressing support for a PTI candidate who happened to be a relative of the retired general, Dawn reported citing the PTI member.

The former general was elected as the ISI chief from March 2012 to November 2014 and it was also speculated that he was a part of the negotiations during the party's sit-in outside the parliament.

Earlier, voting for the first phase of local government elections was held in 14 districts of Sindh.

The total number of registered voters is 1,149,2680. The election commission printed 2,950,000 ballot papers for the first phase of the Sindh LG polls.

While polling began in the morning in all 14 districts, reports of violence, scuffles and ECP mismanagement started pouring in from upper and lower Sindh regions. These clashes were said to emerge out of missing election symbols as well. Polling was suspended at various polling stations.