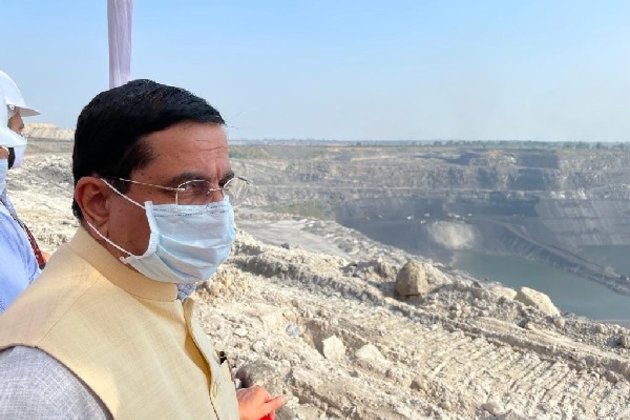 New Delhi [India], October 13 (ANI): Amid the ongoing concerns regarding the coal supply in the country, Union Minister of Coal, Mines and Parliamentary Affairs Pralhad Joshi on Wednesdy expressed happiness over the increase in the supply of coal to thermal power plants from all sources.

Taking to Twitter, the Minister has said that cumulative coal supplies including that from Coal India Ltd have recorded more than 2 million tonnes on Tuesday.

Meanwhile, the Ministry of Coal on Tuesday launched the auction process of 40 new coal mines in which 21 new mines are under the Coal Mines (Special Provisions) Act 2015 and 19 are under the Tranche three of Mines and Minerals (Development and Regulation) Act 1957.

In an official statement, the ministry had stated that the step has been taken following the successful auction of 28 coal mines in the first two tranches and there shall be a total of 88 coal mines on offer at present.

"Total geological resources of about 55 billion tonnes of coal are on offer from these 88 mines, of which 57 are fully explored mines and 31 are partially explored mines. There are four coking coal mines on offer," the statement from the Ministry of Coal said. (ANI)