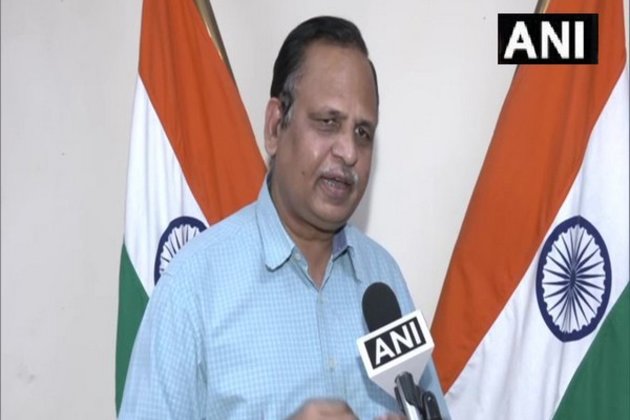 New Delhi [India], October 12 (ANI): Amid concerns about a power crisis in the national capital, Delhi Power Minister Satyendar Jain on Tuesday hit out at the Central Government saying, "It looks like a power crisis is being created."The Delhi Power Minister while speaking to ANI said, "We are compelled to buy electricity at five times the average rate as of now. It looks like the crisis is being created. If there's no shortage of coal, why is NTPC not producing electricity to its full capacity?"Jain also alleged that the Centre has asked NTPC to cap the production capacity of all its plants to half.

He further said that Delhi has to buy electricity from coal plants situated in other states as there is no coal power plant in the national capital.

"Many states have written to the Center, NTPC capped production of all its plants to half. It looks like the crisis is being created," he said.

Earlier today, the Ministry of Power requested all states and Union Territories to use unallocated power only to supply electricity to its consumers in the state and not impose load shedding or sell it in power exchanges at higher prices.

This came amid reports of possible power disruptions in some states due to coal shortages.

As per the guidelines for allocation of power, 15 per cent of power from the Central Generating Stations (CGS) is kept under "unallocated power", which is allocated by the Central Government to the needy states to meet the requirement of power of the consumers.

The high-level meeting was convened a day after the Union Power Minister assured that the supply stock of coal to power plants has exceeded consumption, adding that it will help in improving the fuel stock position gradually.

Coal Minister Pralhad Joshi has also denied allegations of power failure due to a shortage of coal.

The Power Ministry asserted that the Inter-Ministerial sub-group has been monitoring the status of coal reserves twice a week.

Some chief ministers from across the country have flagged the power crisis that might arise in their respective states due to coal shortage in power generation plants. These states include Delhi, Punjab and Chhattisgarh. (ANI)