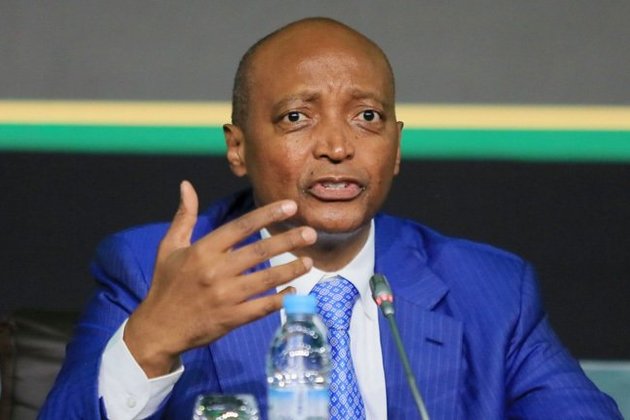 African football's governing body CAF supports staging the World Cup every two years and is pushing ahead with plans for a continental Super League, according to a statement released on Monday.

An executive committee meeting chaired by president Patrice Motsepe in Morocco at the weekend backed a Saudi Arabian proposal at a recent FIFA meeting to change the frequency of the World Cup.

Since Uruguay hosted the first tournament in 1930, the biggest single-sport event has been held every four years apart from a break during World War II.

World Cup qualifying and tournament matches are money-spinners, partly due to TV rights, and increasing the frequency would give African national football associations a desperately needed financial boost.

Motsepe did not address fears that a biennial World Cup added to a biennial Africa Cup of Nations would lead to fixture congestion.

A possible solution would be to combine qualifying for the two tournaments as was done for the 2006 and 2010 competitions.

The executive have also instructed the club competitions committee to accelerate a feasibility study of an African Super League.

There have been no details about the proposed competition, which was first mooted by FIFA president Gianni Infantino at a meeting with CAF officials in Morocco last year.

Infantino suggested that 20 clubs be permanent participants while others would qualify via regional competitions.

In April, 12 European clubs announced a Super League of their own before all sides apart from Barcelona, Real Madrid and Juventus pulled out due to widespread criticism.

The 2021-2022 CAF Champions League and CAF Confederation Cup competitions will kick-off on September 10 with the preliminary and first round draws to be made no later than 15 August.

Bids to host the finals of the two competitions will open this November.

CAF general secretary Veron Mosengo-Omba briefed the executive on the final report on its affairs by auditors PricewaterhouseCoopers, but details were not made public.

The executive told Mosengo-Omba to quickly implement the recommendations and to explore the legal consequences of the report findings.

Cairo-based CAF is battling to improve its image after widespread allegations of corruption and its last president, Malagasy Ahmad Ahmad, was suspended by FIFA last year for financial misconduct.

Motsepe and his executive were told good progress was being made in preparation for the 2021 Cup of Nations in Cameroon, which has been postponed until January 2022 because of the coronavirus pandemic.

A final inspection is planned for mid-August in Cameroon, who had to be replaced by Egypt as 2019 hosts after falling behind with stadium construction.