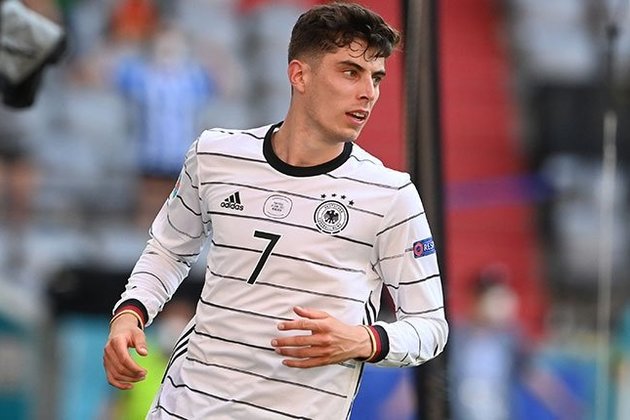 Germany got their Euro 2020 campaign back on track - and blew Group F wide open - with a 4-2 romp against Portugal in Munich on Saturday.

Portugal hit back when Diogo Jota tapped in Ronaldo's hooked volley to make it 4-2 with 23 minutes left.

The match began at a frantic pace amid sweltering conditions in the Bavarian capital.

With only Gosens and Havertz defending at a German corner, Bernardo Silva started a counter-attack, then picked out Jota in the area with a world-class pass.

However, two own goals inside four minutes turned the game.

Gosens caused Portugal problems all afternoon on the left flank.

German fans sang their approval, with "Oh, wie ist das schoen" (oh, is that beautiful) echoing around the Allianz Arena.

Germany nearly claimed a late fifth goal when Havertz's replacement Leon Goretzka fired over after another surging attack by the hosts.