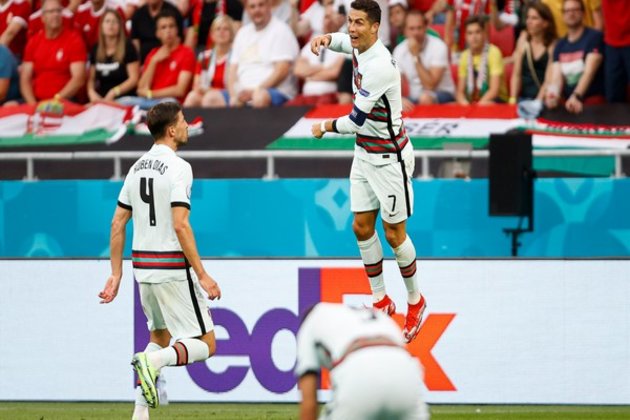 The Juventus star was also the first person to reach the 200 million mark on the same platform.

Earlier this week, Portugal captain Cristiano Ronaldo made European Championships history as he became the all-time top scorer in the summer tournament after his record-shattering 10th and 11th finals goals in the opening Euro 2020 match against Hungary.

On the list of active players, only France's forward Antoine Griezmann comes close to the five-time Ballon d'Or winner as he has scored six goals in the seven matches played at Euros.

Before Ronaldo stole the stage with a clinical penalty and a brilliant one-two with Rafa in additional time to slot the ball into the back of the empty net, Raphael Guerreiro's deflected shot opened the scoring for the 2016 champions just six minutes before the full-time against Hungary.

Portugal sits at the top of the board in Group F and will take on Germany in Munich on June 19 while Hungary's next game is against France on the same day. (ANI)